The Declaration of Independence contains a list of “facts" proving the tyranny of "the present King of Great Britain" (George III), justifying the bold actions of the American colonies. Among them is this one:

He has called together Legislative Bodies at places unusual, uncomfortable, and distant from the Depository of their public Records, for the sole Purpose of fatiguing them into Compliance with his Measures.


Ready access to public records was considered an essential element of fair and open government. It remains so today. In that spirit, the New London Town Archives has embarked on a project to identify all of the municipal records in its custody, fill gaps in coverage and content, and work more closely with town departments, boards, and committees to ensure the proper retention and disposition of municipal records—written, printed, and electronic. 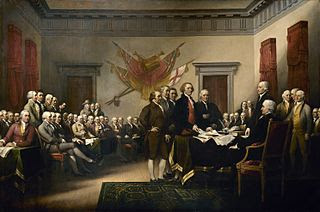 New Hampshire's RSA 33-A establishes in each town a municipal records committee responsible for the systematic retention of various records (over 170 different types are specified). The committee must designate where records are kept for the duration of their mandated (minimum) retention periods. The Town Archives holds the most historically important records, to be retained “permanently,” but it also holds many others, more ephemeral and long past their normal retention dates.

We suspect that few small towns in the state have formed a municipal records committee. Despite the creation of our town archives, a rarity among New Hampshire towns, such a records committee has not met here in the last decade, or more. With the accumulated turnover on the town's boards and committees, we also suspect that many individuals now serving may be unaware of their obligations to preserve, document, and provide access to their own records and meeting minutes.

New London’s 2014 annual report lists over thirty entities that create records in the course of normal town business; the Archives holds materials (often with large chronological gaps) related to about twenty of those departments, boards, and committees. The missing records may themselves be scattered "at places unusual, uncomfortable, and distant.” By convening a Municipal Records Committee, we hope to improve the preservation and availability of our public records and will post project milestones here.
Labels: Archives, Government, Town Services
Newer Posts Older Posts Home
Subscribe to: Posts (Atom)